The Method of Du’a – Step One: Praise Allah

Start your du‘ā’ with praising Allah.

The Messenger of Allah ﷺ said: “There is none who likes to be praised more than Allah does.” (Bukhārī)

He called him and said: ‘When one of you makes du‘ā’, he should start off with praising and glorifying His Lord (ʿazza wa jall), and should then invoke salawāt on the Prophet. He should then make du‘ā’ for whatever he wishes. (Abū Dāwūd)

Allah (ʿazza wa jall) says: “Their call therein will be ‘how Perfect You are, O Allah’ and their greeting therein will be ‘peace’ and the end of their call will be ‘Praise be to Allah, the Lord of all the worlds.’” (10:10)

The Messenger of Allah ﷺ also said: “The inhabitants of Paradise… will praise and glorify Allah as easily as you breathe.” (Muslim)

When one reflects on the du‘ā’s in the Qur’an made by the Prophets, one marvels at the courtesy, shyness and humility which shines through their words. Each du‘ā is a testimony to their awareness of and deep intimacy with their Lord. Rather than rushing to make their requests, they praised Allah, glorified Him, and asked through His Most Perfect Names.

We see this in the du‘ā’s of the Messenger of Allah ﷺ.

“When I will see my Lord, I will fall down in prostration before Him and He will leave me in prostration as long as He wishes, and then it will be said to me: ‘O Muḥammad! Raise your head and speak, for you will be listened to; and ask, for you will be granted your request; and intercede, for your intercession will be accepted.’ I will then raise my head and praise my Lord with certain praises which He will inspire me, and then I will intercede.” (Bukhārī)

Thus the Prophet’s ﷺ special praise of His Lord will be a means for his intercession to be accepted.

The angels have also shown us how to make du‘ā by praising Allah (ʿazza wa jall). Before asking for forgiveness for ‘those who have repented and followed Your way’ they initiated their du‘ā’ by saying: ‘Our Lord, You have encompassed all things in mercy and knowledge…’ (40:7)

How can we praise Allah?

2. Praise Him as our beloved Messenger ﷺ praised Him. Of Allah’s creation, none surpassed him in knowing Him and appreciating Him as He ought to be.

3. Praise Him with words used by the companions (radiy Allāhū ‘anhum) and the pious predecessors.

4. Praise Him with one’s own words emanating from the heart, so long as it does not contradict sound beliefs.

5. One of the best ways of praising Allah (ʿazza wa jall) is through His Beautiful Names.

“The best slaves of Allah on the Day of Judgement will be those who frequently praise Him.” (Tirmidhī) 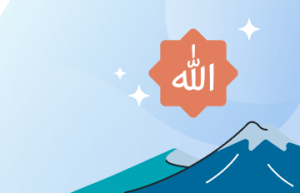 The Optimal Guide For Making Du'a'
Next

The Method of Du'a - Step Two: Send Salawat Upon The Messenger of Allah ﷺ