Qurbānī or udḥiyah is the act of sacrificing an animal for the sake of Allah on the 10th to the 12th of Dhul Ḥijjah, in accordance with the Sunnah of our beloved Messenger ﷺ.

For many of us, this experience is limited to filling out a donation form or enjoying some lamb biryani. But what is the purpose of qurbānī? What does Allah want from us? Why does He ask us to sacrifice an animal on this day?

1. The purpose of Qurbani is to attain taqwa.

Allah (subḥānahū wa ta‘ālā) says: “Never does their meat or their blood reach Allah, but what does reach Him is your taqwā (piety).” (22:37)

Allah (subḥānahū wa ta‘ālā) tells us here that our outwardly acts of worship must be accompanied by taqwā and sincerity. Taqwā is often translated as piety, God-consciousness or the fear of Allah. Taqwā is to protect oneself from the wrath and punishment of Allah by avoiding His prohibitions and implementing His commands.

Taqwā resides in our hearts. It’s not enough, therefore, just to perform deeds outwardly. What Allah wants from us is our hearts; hearts which fully submit to Him, which melt out of His love, crumble from His fear, and give preference to Him over everything and everyone else.

Qurbāni isn’t just about the succulent lamb chops; its primary purpose is to get us closer to Allah, the All-Mighty.

2. Qurbani makes us affirm the Oneness of Allah (tawhid) and our sincerity to Him.

Qurbānī should not be an ‘empty’ ritual or a cultural act which we do not give much thought to. Instead we have to perform it sincerely, for the sake of Allah alone.

Allah (subḥānahū wa ta‘ālā) instructed the Messenger of Allah ﷺ to: ‘Say, ‘My prayers and sacrifice, my life and death, are all for Allah, Lord of all the Worlds. He has no partner. This is what I am commanded, and I shall be the first of those who submit to Him.” (6:162-3)

The Qur’ān condemned the practice of the polytheists who would sacrifice for other than Allah. We must steer away from anything which leads to associating partners with Him or making anyone or anything equal to Him in our hearts.

3. Qurbani is a means to remember and glorify Allah.

Allah (subḥānahū wa ta‘ālā) says: “For every Ummah (religious community) We prescribed the act of sacrifice, so that they may invoke the name of Allah over the livestock He provided for them: So, your God is One God, so submit to Him Alone…” (22:34)

Dhikr, therefore, is the hallmark of the qurbānī and these blessed days.

4. Qurbani gives us an opportunity to thank Allah and celebrate ʿEid.

Allah (subḥānahū wa ta‘ālā) says: “We have made camels part of the symbols of Allah for you. There is much good in them for you, so invoke Allah’s name over them as they are lined up for sacrifice. Then when they have fallen down dead, feed yourselves and those who do not ask, as well as those who do. We have subjugated them to you in this way so that you may be thankful.” (22:36)

Qurbānī is a reminder that Allah (subḥānahū wa ta‘ālā) has given us this great gift of being able to rear, slaughter and consume delicious meat. Although an alien concept to us because of our excessive consumption of meat, for many around the world, this is the only time in the year when they can consume a liberal amount of meat, allowing them to properly celebrate ʿEīd.

5. Qurbani is a means to venerate the symbols of Allah.

Showing respect to the outwardly symbols which represent and remind us of Allah (subḥānahū wa ta‘ālā) helps us to develop our taqwā. Allah says: “Whoever honours the symbols of Allah – indeed, it is from the piety of hearts.” (22:32)

In accordance with this āyah, our predecessors would carefully rear and choose their best and most valuable animals to sacrifice. 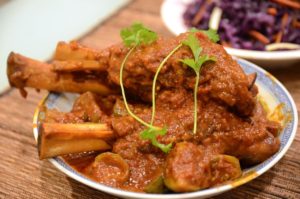 6. Qurbani is a means to share your food with the needy.

The Prophet ﷺ said: “I used to forbid you to store the meat of the sacrificed animals for more than three days so that there would be enough for everyone. But now Allah, the Mighty and Sublime, has bestowed plenty Upon us, so eat some, give some in charity and store some. Indeed, these days are the days of eating, drinking and remembering Allah.” (Nasā’ī)

The meat should also be shared with neighbours and family members to increase the ties of kinship.

7. Qurbani is a means to attain great reward.

The Prophet ﷺ said: “There is nothing more beloved to Allah that a slave can do on the day of Naḥr than spill blood (i.e. qurbānī). On the Day of Judgement, it will be brought forth with its horns, hair, and hooves. Indeed, the blood will be accepted by Allah even before it spills on the ground, so whole-heartedly delight in (performing the sacrifice).” (Tirmidhī)

8. Remembering this sunnah of the Prophet ﷺ helps us to increase our love for him.

9. Qurbani commemorates the great sacrifice of Ibrahim and Ismaʿil (‘alayhimas-salām)

The sacrifice was a result of their deep conviction in Allah (subḥānahū wa ta‘ālā), their unyielding submission to Him and their unwavering sincerity.

Allah (subḥānahū wa ta‘ālā) does not ask us to put a knife to our children’s necks, but He asks us to sacrifice other things, be it time, money, our desires or even societal pressure to conform. Ask yourself today: What am I going to give up for the sake of Allah?

10. A symbol of complete submission to Allah

Qurbānī represents the essence of Islām: complete submission to Allah.

In an era where it has become fashionable to question everything, we should look to Ibrāhīm who didn’t ask: ‘Why?’ Instead, he submitted and fully obeyed Allah – and for that he was rewarded handsomely.

Qurbānī isn’t about merely sacrificing an animal; it is a reminder to fully submit even if we find the command difficult or fail to perceive the wisdom behind it.